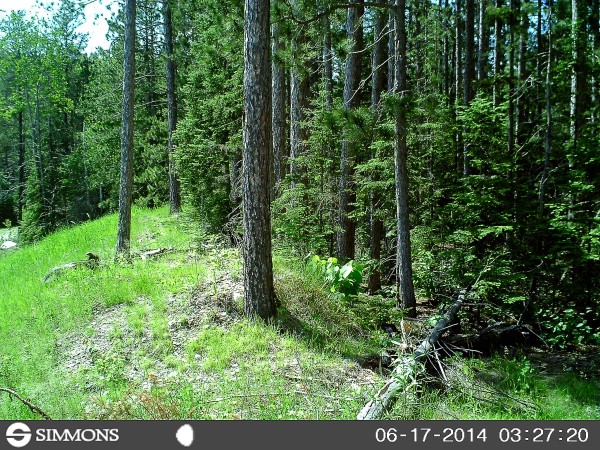 We have been seeing a new critter in the pit at the House On The Hill  and became mostly sure after consulting  my North American Wildlife book and Wikipedia that it was a pine marten or a woodchuck (aka groundhog, aka the critter who lies about winter almost being over EVERY. YEAR.), yet it moved like a beaver. However, when the trail cam captured the photo below, we all got a little nervous, thinking a woodchuck might not be the only new neighbor.

I tried and tried to zoom in with all the photo editing software at my disposal, but this grainy crop was the best that I could do; he was just too far away.

I don’t know about you, but that looks like a badger to me. This made us all nervous, because badgers will eat your face off! (Plus, they don’t care; they don’t give a SHIT. This link goes to the Honey Badger video, but they are closely related to the regular badger, whose link is here.)

Then another mysterious hidey-hole appeared behind the barrage. (That’s a barn/garage combo.) 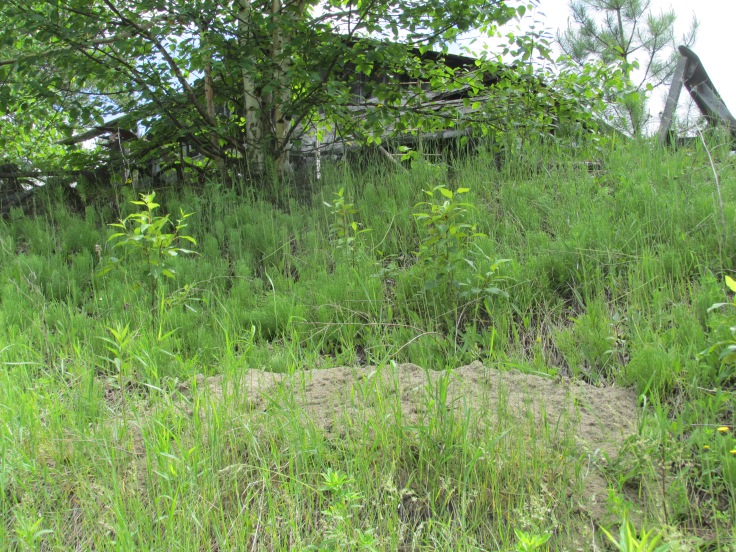 ANYWAY…I had managed to get a few grainy shots of this little guy with the Canon, so when I found the hidey hole I placed the trail cam on it to be sure it was him living there, not a badger. 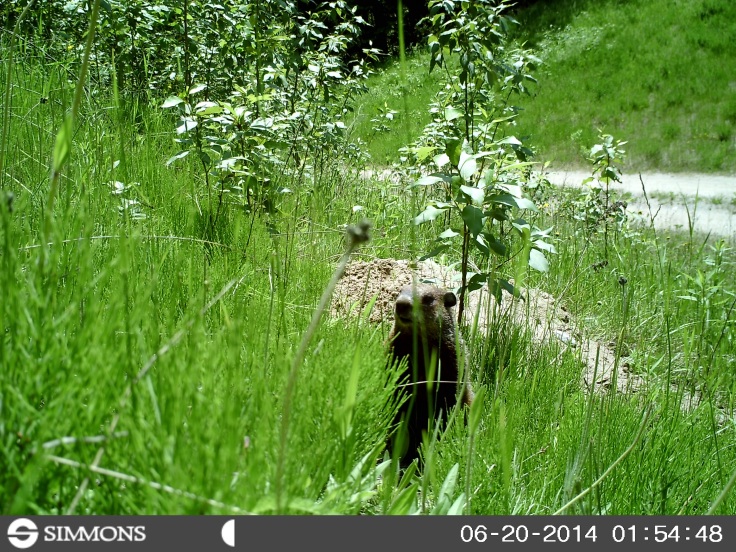 He or she is very cautious, pausing regularly to stand up and take a look- and sniff- around. 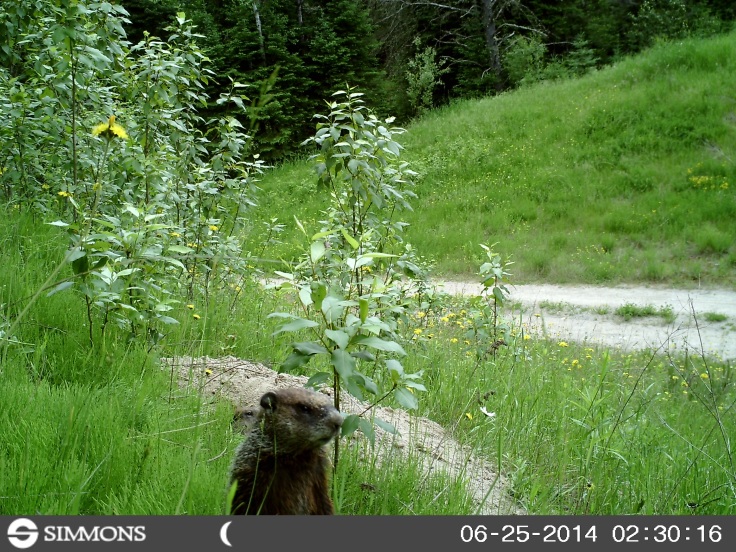 She or he seemed to have gotten used to us, and even has a shortcut through Squirt’s playhouse. The white metal to the left is his gate.

Hiding in the Lupine… 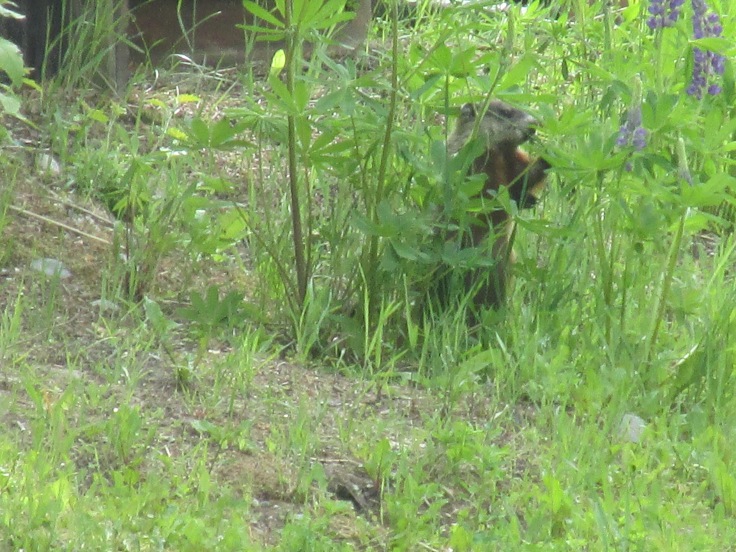 And in front of the barrage.

These are my favorite facts from  the wiki link.

Which may or may not have something to do with why we haven’t been seeing it up as close to the House on the Hill, but did show up on the trail cam when we placed it near Pajari Pond. But that’s another story.

You wanna watch that Geico commercial now, don’t you? So do I.

PS: Do you have a trail cam? What kind of creatures have you seen on it? I’d love to see the pictures!

I know, I know, you thought I was lost. But I haven’t been really lost; just preoccupied. My sister is opening a petting farm, and I am helping with the web stuff and taking photos. (AFTER you read this, you can go see what we are up to there.  🙂 )

We spent this Easter with Mr. Wonderful’s family in North Dakota. It was nice, low-key, relaxing, etc.

Until the egg hunt. See, it took us a while to talk the spawn into participating. (They are hitting teen years.) 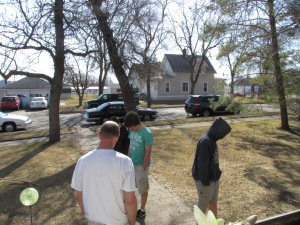 By the time we got outside, there had been a thief in the yard.

So we set up the trail cam, replaced the malted milk balls with sunflower seeds, and went for a walk. Six hundred sixty eight pictures later… 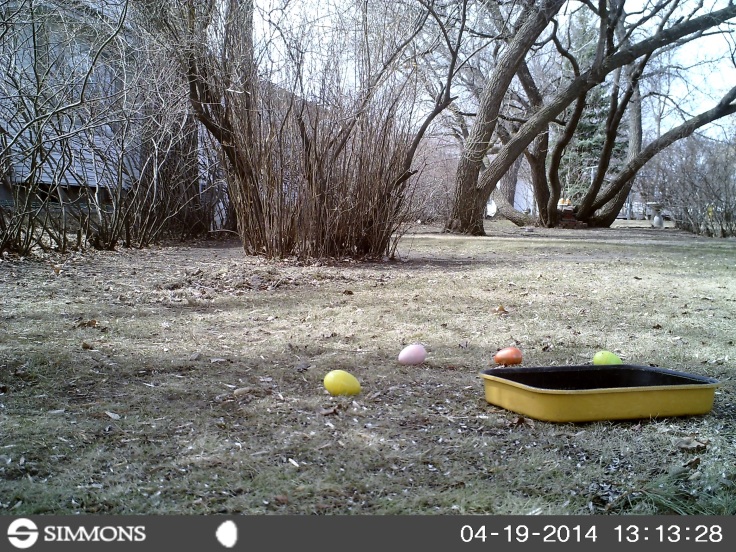 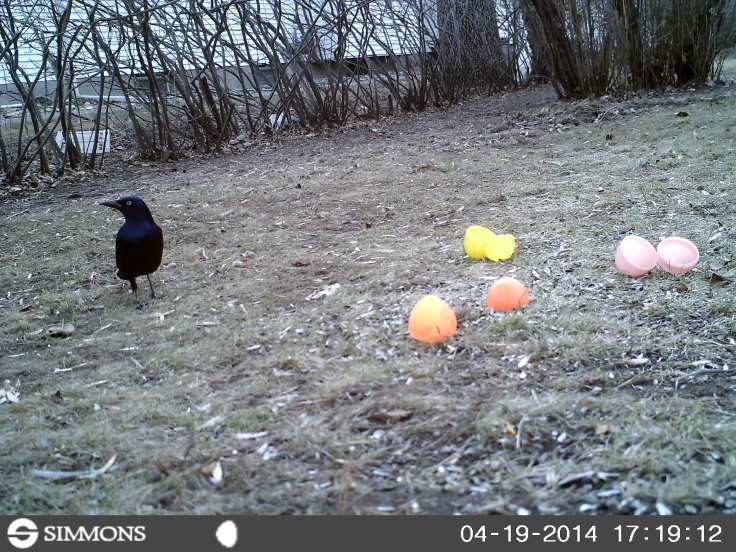 Ok… NOW you can go to www.CooksCountryConnection.com