I just got off the phone with my informally adopted sister and Official Pajari Girl Melanie. She and her sister Jody had mentioned the community play earlier in the week, and I said I would think about it and get back to them. That was a lie….I was buying time to form a loving, polite, Minnesota Nice “NO”. She texted me from the first meeting and eventually called. And I think I just said, “OK, I’ll try it.” Because she said I could be Thespian of the Month if I participated, and the Employee of the Year title is looking out of reach, as is Parent of the Year.

Acting in it. That’s a big commitment….practice twice a week til APRIL. I joke to my sister that I was “born for the stage”, but realized that it was a lie when Lois made me play piano for Timber Days and tambourine during Music in the Park.

In high school, my bffaeaeai (best friend for ever and ever and ever, infinity) Terri and I volunteered to help with a play because we had a crush on the substitute English teacher. We made scenery; we didn’t act.

Mr. Durbin talked us into writing plays for a contest around that time, too. I think I just did it because I wanted to get out of study hall and lunch hour to play with the Apple IIe DOS word processor.

I don’t know if I can do this. In elementary school, I often got picked for plays in school and church because I could memorize all the lines so easily.

This could be fun.

Or I could let them down.

I text my Spawn for support, and all I get is “BAHAHAHAHAHAHAHAHA!!!!” My sister said she told them I “was born for the stage”! Oh Criminy…..what the…. Fahrvergnügen just happened? I MISS SWEARING!!!

. Crap. Crappy? No, Crappie. Crappie Talk was the original name of the play…now it’s KOLD Radio, Whitefish Bay . I don’t know what character I’m going to be.

I’ll just be over here in the corner, having a breakdown if anybody needs me… 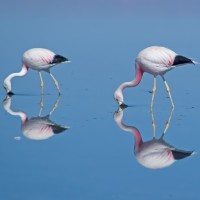